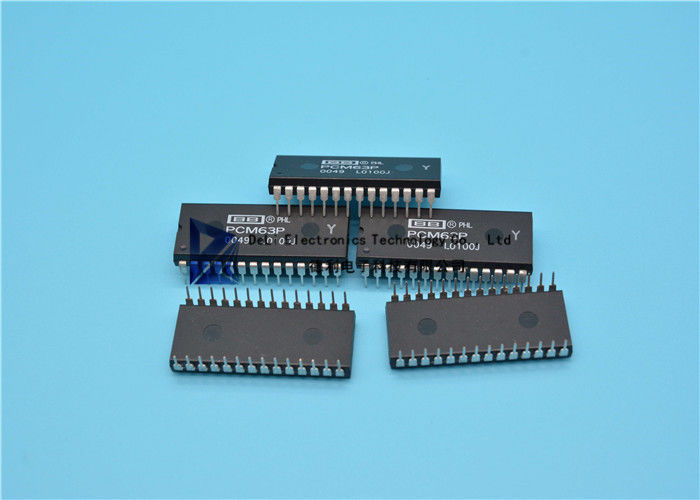 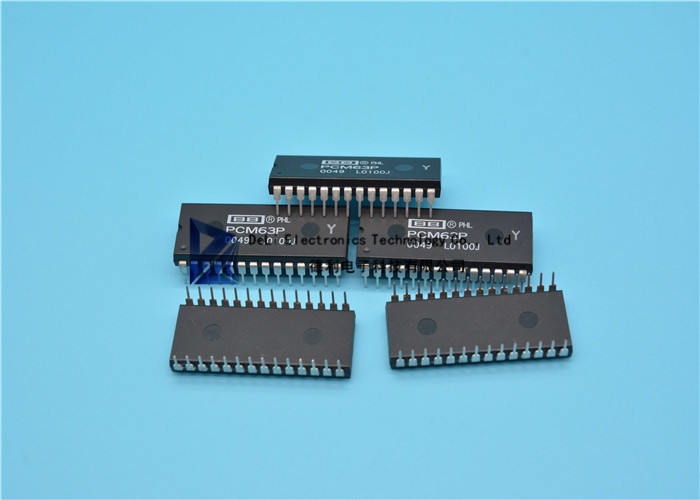 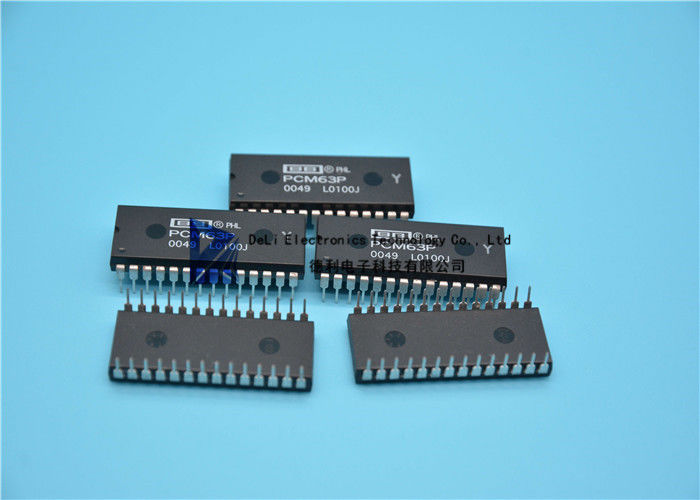 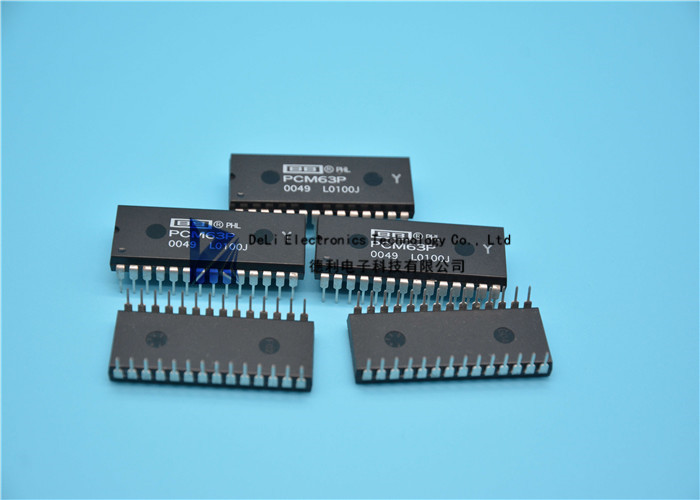 THEORY OF OPERATION
DUAL-DAC COLINEAR ARCHITECTURE Digital audio systems have traditionally used laser-trimmed, current-source DACs in order to achieve sufficient accuracy. However even the best of these suffer from potential lowlevel nonlinearity due to errors at the major carry bipolar zero transition. More recently, DACs employing a different architecture which utilizes noise shaping techniques and very high oversampling frequencies, have been introduced (“Bitstream”, “MASH”, or 1-bit DACs). These DACs overcome the low level linearity problem, but only at the expense of signal-to-noise performance, and often to the detriment of channel separation and intermodulation distortion if the succeeding circuitry is not carefully designed.
The PCM63 is a new solution to the problem. It combines all the advantages of a conventional DAC (excellent full scale performance, high signal-to-noise ratio and ease of use) with superior low-level performance. Two DACs are combined in a complementary arrangement to produce an extremely linear output. The two DACs share a common reference and a common R-2R ladder to ensure perfect tracking under all conditions. By interleaving the individual bits of each DAC and employing precise laser trimming of resistors, the highly accurate match required between DACs is achieved.
This new, complementary linear or dual-DAC Colinear approach, which steps away from zero with small steps in both directions, avoids any glitching or “large” linearity errors and provides an absolute current output. The low level performance of the PCM63P is such that real 20-bit resolution can be realized, especially around the critical bipolar zero point.
Table I shows the conversion made by the internal logic of the PCM63P from binary two’s complement (BTC). Also, the resulting internal codes to the upper and lower DACs (see front page block diagram) are listed. Notice that only the LSB portions of either internal DAC are changing around bipolar zero. This accounts for the superlative performance of the PCM63P in this area of operation.
DISCUSSION OF SPECIFICATIONS
DYNAMIC SPECIFICATIONS Total Harmonic Distortion + Noise The key specification for the PCM63P is total harmonic distortion plus noise (THD+N). Digital data words are read into the PCM63P at eight times the standard compact disk audio sampling frequency of 44.1kHz (352.8kHz) so that a sine wave output of 991Hz is realized. For production testing, the output of the DAC goes to an I to V converter, then to a programmable gain amplifier to provide gain at lower signal output test levels, and then through a 40kHz low pass filter before being fed into an analog type distortion analyzer. Figure 1 shows a block diagram of the production THD+N test setup.
For the audio bandwidth, THD+N of the PCM63P is essentially flat for all frequencies. The typical performance curve, “THD+N vs Frequency,” shows four different output signal levels: 0dB, –20dB, –40dB, and –60dB. The test signals are derived from a special compact test disk (the CBS CD-1). It is interesting to note that the –20dB signal falls only about 10dB below the full scale signal instead of the expected 20dB. This is primarily due to the superior low-level signal performance of the dual-DAC Colinear architecture of the PCM63P.
In terms of signal measurement, THD+N is the ratio of DistortionRMS + NoiseRMS / SignalRMS expressed in dB. For the PCM63P, THD+N is 100% tested at all three specified output levels using the test setup shown in Figure 1. It is significant to note that this test setup does not include any output deglitching circuitry. All specifications are achieved without the use of external deglitchers.
Dynamic Range Dynamic range in audio converters is specified as the measure of THD+N at an effective output signal level of –60dB referred to 0dB. Resolution is commonly used as a theoretical measure of dynamic range, but it does not take into account the effects of distortion and noise at low signal levels. The

You Might Be Into These
Get in touch with us